Two months ago, Google confirmed an “alpha” test of new ads distributed on its AdSense network that featured tweets. Today, it appears more of these tweet-based ads are live an in the wild.

Magne Uppman is part of that test and he has shared screen shots and examples of his Twitter Google AdSense ads in action.

In fact, I personally see the ads live on an article at inpro.no. The ad is interactive in that you can click the right and left arrows to see previous tweets from that account. You can also click on the Twitter avatar and name, plus the “Follow me on Twitter” link to be taken to that person’s Twitter URL.

Here are some screen shots from Magne and some that I captured myself: 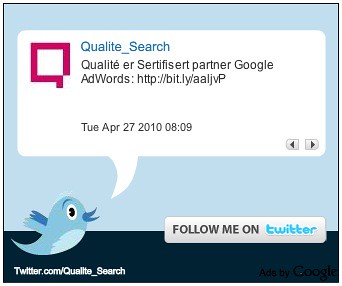 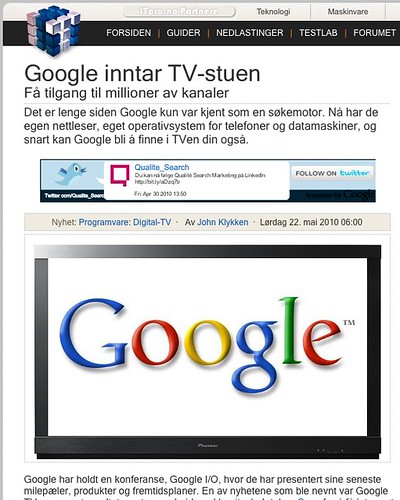