Anchor Intelligence suggests the click fraud rate remains to be high due to a “dramatic growth in botnet scale and volume around the globe as well as the continued exploitation by malicious hosts of security vulnerabilities in the Internet infrastructure of countries such as Vietnam, Australia, and the US.”

It is important to note that these rates are not from search engines, they are from 3rd-party agencies that track click fraud based on their own methodologies. To download the full report go here.

Here are some quick charts and maps: 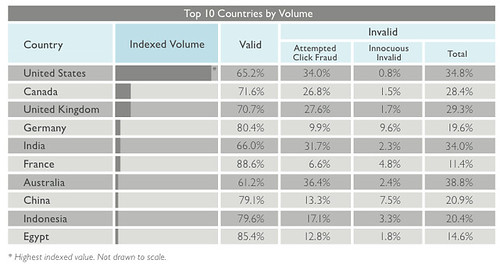 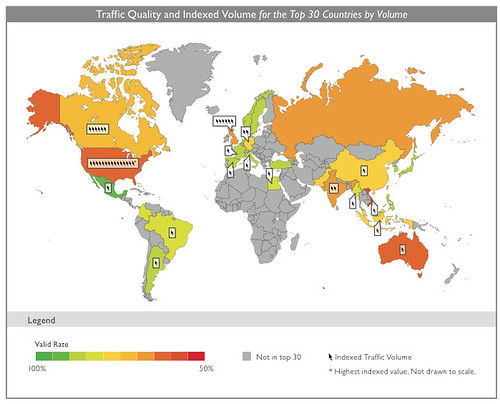