The new jazzy Google user interface that Google has been testing since November 2009 has been showing up more on user screens. It resurfaced in February, and now we have been hearing more reports of people noticing the new interface and our very own Vanessa Fox also has been seeing it on her browser.

The main new feature that we see in this interface is that Google is auto-detecting user’s location and showing that under the search box. Here is a screen shot from Sara Holoubek of that: 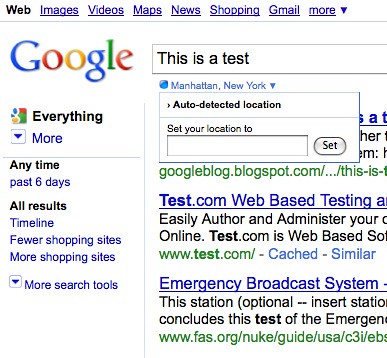 Vanessa, who is based in Seattle, also sent me a screen capture of the full page. Here it is: 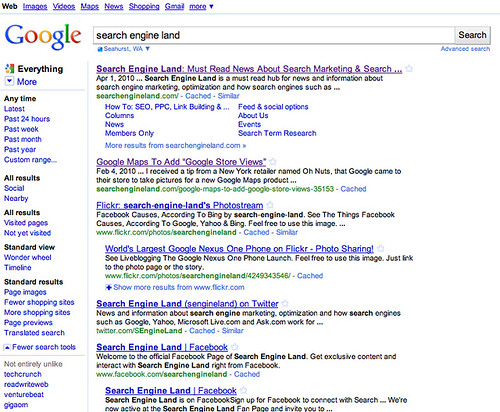 Update from Vanessa: I noticed a few interesting features of this new interface.

We know this is not fully available for everyone just yet. Most of us do not yet see the new interface, but there is a new batch of people who do see it. Towards the end of February, Google began pushing this test interface to more users. I guess this is there second major push. Google told us they are still testing this interface.

Here are some additional screens as well: 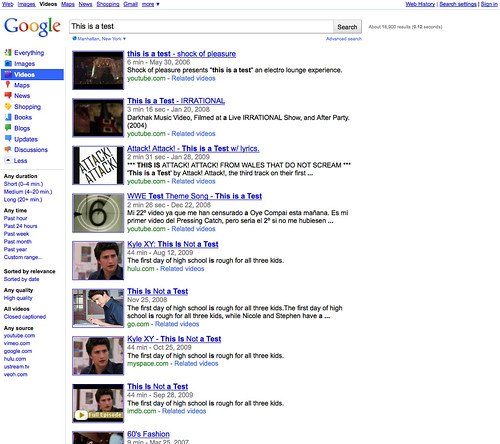 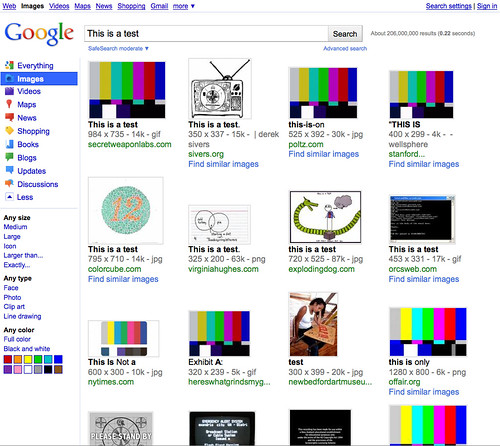 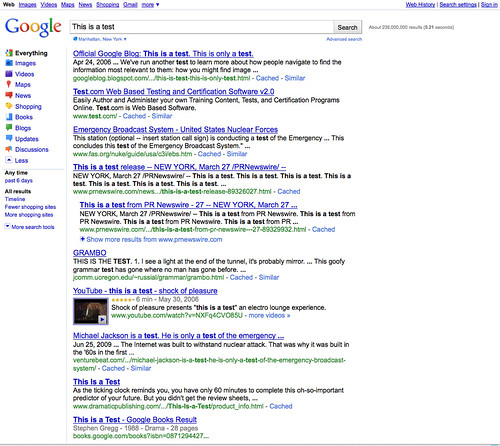