Google Books, Google Maps Get 3D View – But Only For April Fool's Day

Earlier today, a Google PR person gave me a pair of 3D glasses at the Where 2.0 conference and said I’d need them tomorrow. Hmm, was Google Maps going 3D? Or maybe an April Fool’s joke? But helping my son with his science project tonight, I came across a possible answer — a new 3D view in Google Books.

Here’s what I encountered: 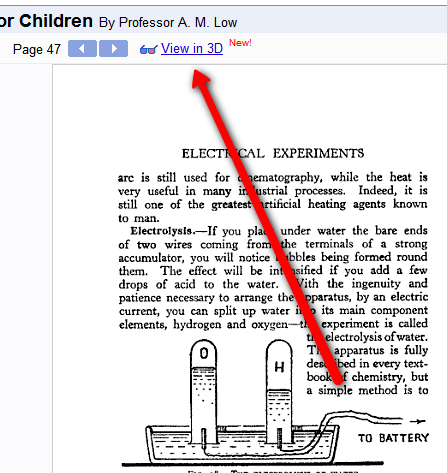 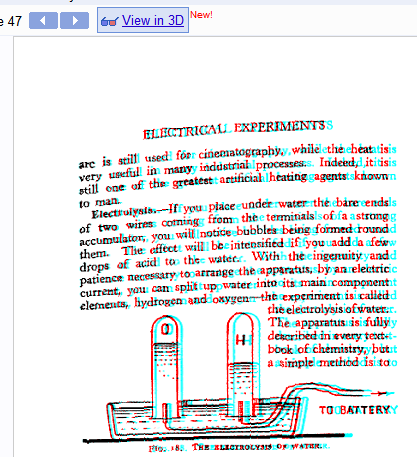 When viewed with the glasses I was given (standard paper 3D ones), sure, I guess it’s a little 3Dish.

I looked again through Google Books and found this 3D view option everywhere I looked. And for something like this Life Magazine cover, it worked pretty good: 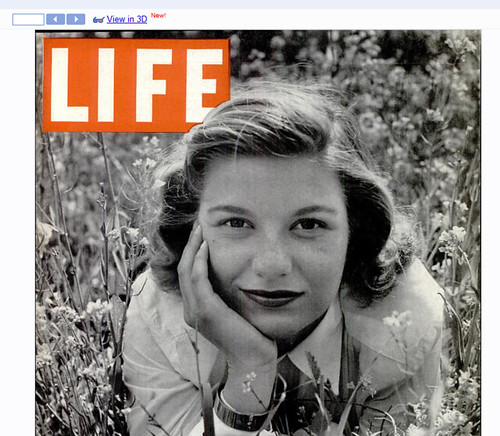 Of course, I can’t show you the 3D view I can see with the glasses on. But find a pair of glasses, and then you can judge for yourself.

I don’t think this is an April Fool’s joke, but we’ll see. I also wonder if we’ll see it on other Google properties like Google Maps, as I suspected. More later. I’ve got a science project to help finish!

Postscript: The Next Web has a screenshot showing a 3D view in Google Street View, so apparently that’s coming. I’ve not been able to replicate this, myself — to get the small “3D man” icon to appear and enable a 3D view. I suspect this will rollout further on April 1 to more people.

Postscript 2: The Google Book Search blog now has confirmation of the new feature.

Postscript by Barry Schwartz: The Google blog announced this new 3D street view feature. Here is a picture of how it looks on Google Maps: 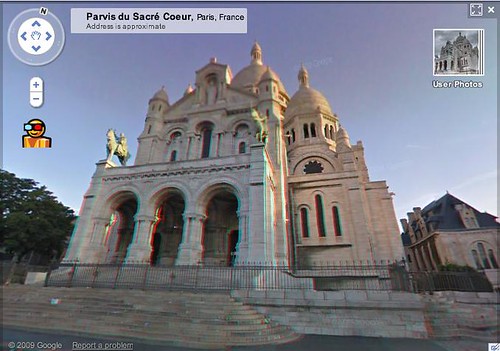 It won’t last long, however. Google tells us 3D view in Google Maps and Google Books is only being offered on April Fool’s Day this year, April 1 — and from midnight to midnight in each time zone. But 3D view in Street View might occasionally be offered as “Easter Egg” surprises.